I’d been wanting to get out to the Goldfields for more exploratory riding for a while. I’ve previously been to the Goldfield Mountains a half dozen times or so, but stayed pretty close to the Blue Ridge area west of Packsaddle road. Then last week I dreamed up a loop to connect a few different pieces of trail together that I had not yet ridden. I called it Jacob’s Gold Loop.

During that ride, I saw so many spurs East of Packsaddle, that I resolved with absolute determination to spend a day exploring…that day was Wednesday. It was beautiful weather, rain imminent but not at least for a few hours, so I headed out.

Please forgive the poor quality photos. I’ve shopped them up as best I can…but with nothing more than a camera phone, it’s tough to get any decent shots…hence the Google Adsense >> Saving for a Canon.

The good news is all these trails are on Tonto Forest Land. Accessible by hoof, foot and wheel. 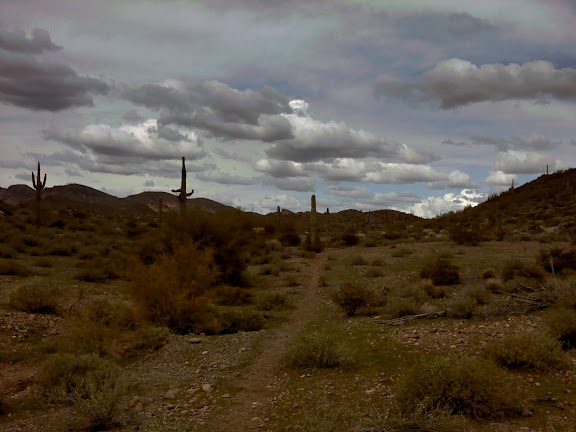 The general terrain for these trails east of Packsaddle is rolling desert hills. Much less technical than the trails west of Packsaddle. I was surprise to find the trails pretty hardpacked, not sandy, and well trod for flow. The horses sure use the area quite a bit (but not on Wednesday afternoons, I didn’t see a soul on the singletrack).

The system felt endless, a web of tracks that each led to a new fork. There were more forks than I could explore in one day. But I covered some nice trail. It’s hard to get lost though, each path leads to either West to Packsaddle, East to the big shed, or south to the doubletrack skirting the Forest boundary. 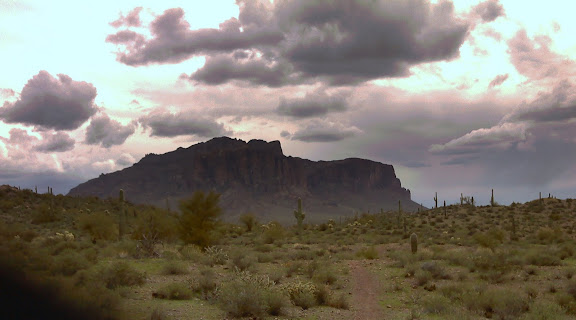 You can’t beat the distant views of the Supes. Even Weaver’s Needle is majestic from up north on Packsaddle. No shot, sorry. 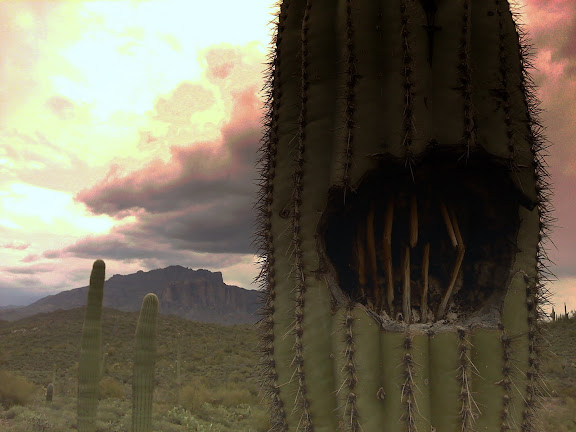 This cactus needs a proper name! Hillbilly Joe? He looks like cactus version of the tree from poltergeist. 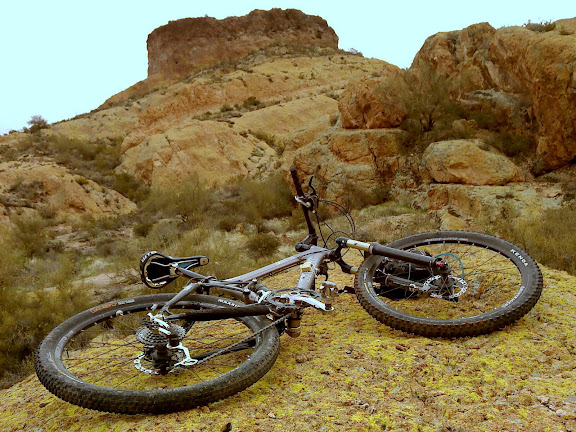 Hat Top Hill from as close as I could get riding. There’s little bit of “golden slickrock” to play on up there, not much, but still fun to spin around on. 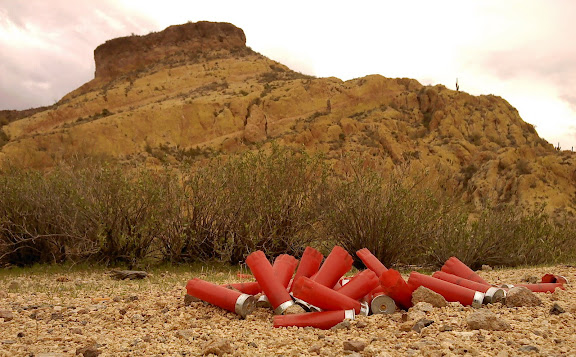 Where’s my bulletproof armor? Looks like someone’s been having too much fun up here. 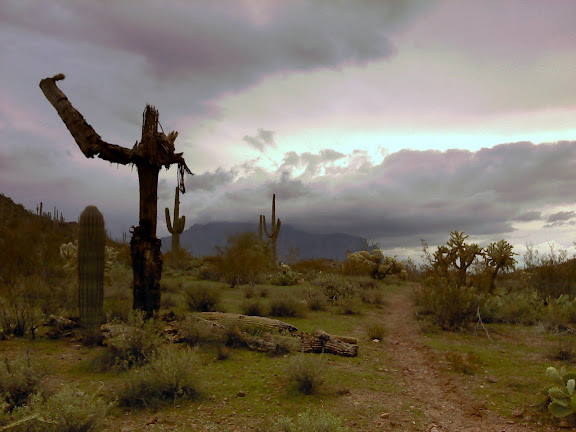 The rain hit me hard on my way back out, But it didn’t stop me from exploring one last spur, up the north east part of the system.

I was prepared with a makeshift poncho — fashioned out of a trash bag — that kept my CamelBak and core warm and dry. This last spur was the most tech of them all, and with slippery rocks, steep pitches, and mud building on my tires…I turned back before I could see the trail through to a connection. Looks like I’ll be back again soon…


Map your trip with EveryTrail

One thought on “Exploring the Goldfields”