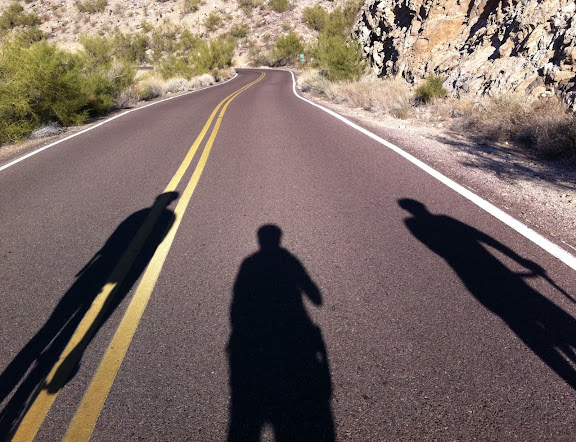 It should have been a simple thing…a couple of friends meeting at South Mountain for a friendly ride up to the Towers. Throw in a borrowed bike with Look pedals that require a 8mm Allen wrench to remove and we were off to a non-existent start. I asked everyone in the lot if they had the said Allen, no surprise — roadies don’t carry that much dead weight with them. I even asked the Dude on the Harley and he said he should ride with tools, but he doesn’t. I said the same thing.

As we are about to drive back into town to find Allen, our friend Jed drives up, having just spent the afternoon out climbing. Turns out Jed has the desperately sought Allen. We invite him to join us for another climb and he takes us up on the offer. Jed wins the wrench points at the starting line.

Good conversation and warming up commence as well as re-warming for Jed. San Juan treats us to speed and views as well as a little trash. Trash talk that is. My buddy’s been in Utah for the winter slowly deteriorating in strength, while amply stocking up on his Rice Crispy reserves.

I’ve never been close to hanging with him, he did place 40th in the Tour de Phoenix, but this was my shot. I figured I had to talk a little something. After an initial pace acceleration as we hit the climb, we looked back and did not see Jed. We decided to slow up so we could ride “second climb up” pace with him. After all he did come along to ride “with” us.

It was an uneventful climb from there… Someone blew past me at the Towers turn off so fast I couldn’t quite see who it was… it couldn’t of been my rice crispy hoarding winter-legged friend Chris. This guy was way too fast for a snowbird on his first real ride since November. No, Chris must have dropped back and passed out because I never saw him again, until he miraculously appeared at the top, rested, phone in one hand and a banana in the other.

He didn’t say a word. He waited for me to start with the excuses. I had none. I will never be as fast as him on the road. He can have that. But I still have the mountains… 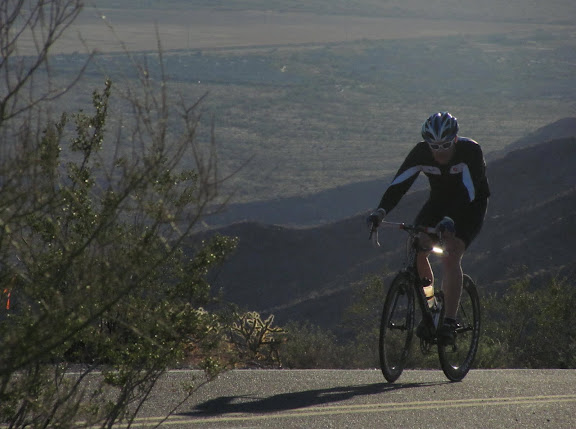 The real hero for the day was Jed. He won wrench points, double summit points and best bike points for the day. 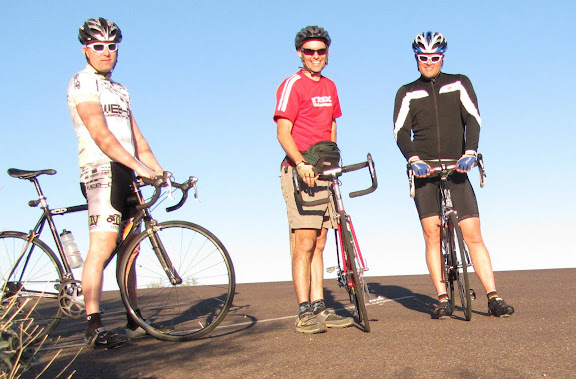 The Towers at EveryTrail