I wasn’t planning on writing anything about this ride. But my road buddy really wants me to tell the story of how I bonked on this ride. He thinks I need to share this experience with the world…to humble me…or something like that.

So after a short hiatus from riding (off the bike for 16 days)… it’s finally time something was said. So here goes. Happy Birthday Chris. (This post is all you’re gonna get from me. I’m keeping the a Camelbak Podium bottle for myself now).

This is how I felt after finally finishing the entire ride. The expression on my face says it all. I should note that when I said “that ride totally sucked,” I was referring to the last 18 miles of said ride. The first 52 were really, really awesome (for a road ride anyway).

End of Pavement at EveryTrail

The first 20 miles is a rolling climb. We had the wind at our backs and we pushed a descent average. At the infamous first steep up, Chris says, “are you ready to go?” And of course I say “yes.” Then he went up like a rocket ship and I sputtered, backfired, and looked around for my legs, because I sure did not see them anywhere. Gears dropping as fast as my pride.

Chris waited for me to catch up, then we descended the first long down. He ended up slowing his pace and riding with me through the rest of the climbs out to EOP. I knew it was hard for him to go so slow. But it was really nice to have some conversation on the hills.

I had a great ride once I found my pace. The hills lived up to their fame and the scenery was absolutely amazing. I usually only get those kind of views on the mountain bike.

We hit the End of Pavement, u-turned on the dirt (I suppressed the desire to keep riding the good stuff to Roosevelt) and headed for refills at the Marina. I had the thought to grab a Pepsi from one of the machines at the base of the last climb, something to lift me out from the Lake, but I ignored it. Mistake. We refueled, but I was still hungry. I didn’t have enough food with me, even with the food Chris gave me.

I should have known I’d be in trouble when I lost my legs on the first climb. The remaining climbs out from the lake completely depleted anything I had left, and at Mile 52, Chris said lets hammer home, he pedaled hard and I could not follow. I went from could not follow to just barely hanging on withing a few miles. And then the demons set in with 10 miles to go.

Things I learned from my first big road ride.

Eat more food before the ride. Frosted Flakes do not cut it. They may be Grrrreat, but they are no good.

Eat more food during the ride. If it wasn’t for the Clif Shots and Bars Chris brought I would not have lasted more than 30 miles.

Drink something besides plain water (need to restock on CarboRocket)

Take advantage of restrooms when they are near. You don’t get a second chance…

If you see a Pepsi machine out in the middle of nowhere, go ahead and buy one, or two.

Eat more food after the ride. I should have just stopped at In-n-Out for post ride indulgence.

Never, ever, under any circumstances, try to keep up with a top 40 Tour de Phoenix finisher, let alone pass him on a climb. here’s why:

Notice the “Look” he gives me. Lots of lessons learned from this ride. If I ever get back on the road bike again, maybe I’ll take them to heart. Better yet, I’ll just stick to mountain biking. 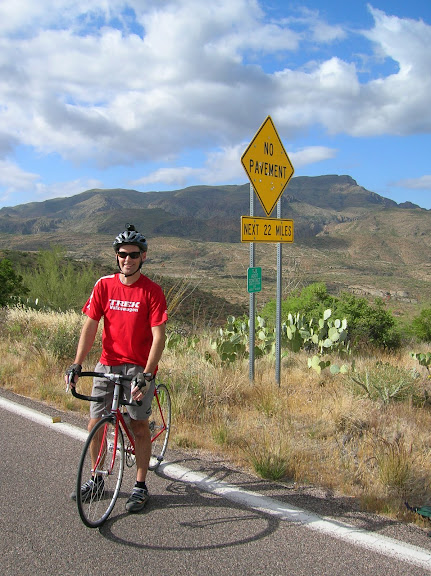 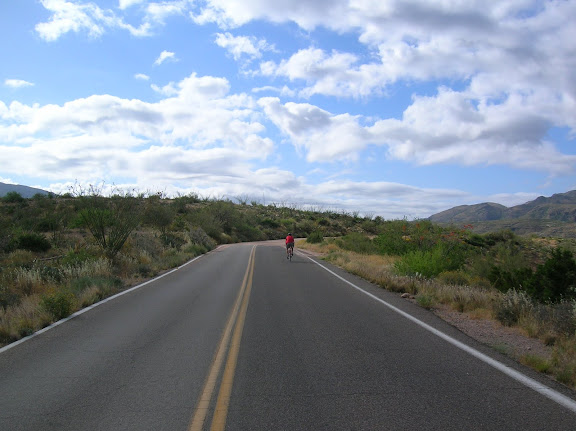 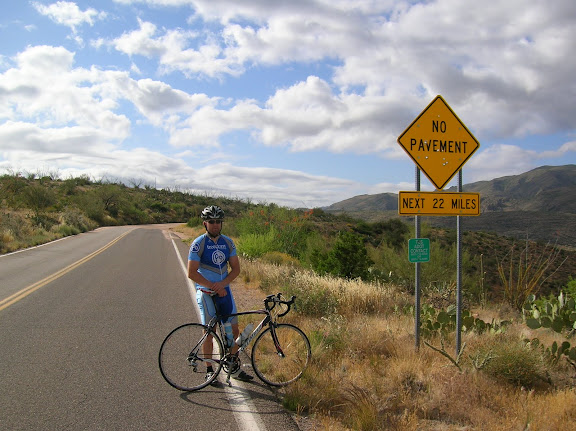 In this clip I pass Chris and then take a corner really sloppy while Chris passes me on the left. A near miss from my view point… On the road I have the tendency to look around a lot…up and down, all the time. It’s annoying, so sorry in advance.